I can’t believe I get to announce this, but guess what?  I’m now an active member of SFWA!   What’s that?  Don’t know what SFWA is?  It’s the Science Fiction & Fantasy Writer’s of America!  It used to be only traditional authors could join as the association’s strict prereqs for acceptance had to be a publishing contract worth a certain amount of money.

With so many indie authors releasing books the association modified its acceptance guidelines to include self-pubbed authors.  We just have to show them that our income is at least at the same minimum requirements for a traditional author.

Well, I was able to do it!  Woohoo!  I get to participate in their forums, vote on Nebula nominated works, and so on.  There’s a legal team in your corner in case you ever need to consult a lawyer.  You’re amongst peers, so if you ever have a question, or want to run an idea by someone, that’s the place to do it.  It’s quite an honor, let me tell you!

Yep, you read that right.  I’m looking for Beta Readers!

I realize I haven’t even released A Portal for Your Thoughts (Tales of Lentari #3) and here I am, asking for volunteers to read through TfaP (ToL4).  Don’t worry.  I won’t be asking anyone to read through this until ToL3 has been officially released, especially since it’s the direct followup.  So no worries there.

What exactly are you signing up for?  Well, if chosen, I’ll need you to read through an advance copy of my next book, in pdf form.  I will also provide a blank Excel worksheet which you’d use to note mistakes.  What kind of mistakes?  They are as follows:

Trust me, as previous beta readers will attest, I am prone to all manner of mistakes.  I know the list goes on but in essence that’s what I’d need you to do.  Also, I need to make certain you don’t have any qualms about giving critique.  I can handle good and bad critique so you wouldn’t have to worry about hurting my feelings.

Still interested?  Still want to give me a hand?  Well, I’d appreciate it!  Leave a comment below to let me know you want to sign up!  Thanks for the interest!

Don’t want to miss when A Portal for Your Thoughts is released?  Sign up for my newsletter!  The Daily Scroll will keep you apprised of all things Lentarian, including (but not limited to) book releases, contests, giveaways, news, insight into future titles, and so on.

Each year Smashwords has their “Read an Ebook” promotion where they invite authors to include their books in with the promo.  Each year I usually participate and this year is no different.  Of the books that I’ve published, and that aren’t permafree, I’ve included them in the 50% off category.  So if there’s a title you haven’t read yet then now would be the perfect time to catch up on any missing stories!

A Portal for Your Thoughts (Tales of Lentari) will be released soon, followed shortly thereafter by TfaP (Tales of Lentari #4), so now’s the time to make sure you’re current on all your Lentarian adventures!

Here’s the link on Smashwords.  Essentially, what you’re going to want to do is before you purchase the books from Smashwords you’ll want to use the coupon code RAE50, which reduces the price by 50%.

Here in the next day or two I will be officially revealing the cover and description for A Portal for Your Thoughts.  Subscribers to the Daily Scroll were given an exclusive sneak peek several weeks ago so if you haven’t already signed up for the newsletter, please do so!  That way you won’t ever miss any book releases, contest notifications, giveaways, name submission requests, etc.

On a sad side note I’m sure everyone saw that Leonard Nimoy passed away.  It’s funny.  I didn’t feel this bad when James Doohan passed away.  *sigh*  I know he’s done more work besides what he’s done for the Star Trek universe but to me he’ll always be Spock.

In more movie news, have you guys heard that they’re making another Aliens movie?  This time, chronologically speaking, it’s gonna fall between Aliens and Alien3.  I had heard rumors that the director is going to flat-out ignore the fact that Alien3 and Alien:Resurrection were even made, but I guess he’s gonna find a way to do the movie without discrediting the two sequels that followed.  It would also appear that Sigourney Weaver is very interested in doing it, as is a certain friend of mine, Mr. Michael Biehn.   He’s told me before that he was extremely disappointed that he wasn’t in Alien3 and that Hicks deserved a much more fitting demise than what they gave to him in Alien3.

So rejoice all you Aliens fans!  The sequel to Aliens that we were all hoping Alien3 would be is finally gonna happen!  I haven’t benn this excited for a horror movie in, well, forever!

The next issue of Daily Scroll is going out very soon!  I’m pretty sure you guys (& gals!) will want to see what I have in mind for the next Tales of Lentari cover!

Hope you have a great week and be sure to get in plenty of reading!

Strap on thy thinking caps, fellow movie buffs.  Ye are about to show the entire world just how much useless movie knowledge ye have crammed away in thy brain!  What be the prize for answering my fiendishly clever trivia questions?  I will tell thee!   Up for grabs is another signed print copy of A Portal for Your Thoughts (Tales of Lentari #3) as soon as it is officially released.  How soon is that?  We be gettin’ closer, matey!

Wow.  Don’t know where that came from.  Sorry.  Anyway, depending how many people play, if there’s only one person who can answer all three questions correctly then congrats!  You’ll be the winner!  If more that one person plays AND gets all the answers right (no Googling!!!) then I’ll compile a list of the winners and have everyone’s favorite corgi select who will be the proud owner of my latest novel.  Sound fair?  Are you ready to play?  Here we go!

#1:  According to Up Periscope, what tattoo does Cmdr. Dodge have on a certain portion of his anatomy?

#2:  What is the name of the property Fletch inherits from his dead aunt in Fletch Lives?

#3:  What is the name of Striker’s friend who was killed in the war that he feels personally responsible for in the slapstick comedy Airplane!?

Remember, try to avoid looking at other answers (here’s hoping a lot of people play!) and no Googling!  Good luck and have fun!  Don’t forget to sign up for the newsletter!  Another issue is going out today and I’m previewing the title graphics for APfYT!

I’ve started a new Goodreads contest, which should be active in the next day or so.  I just have to wait until they approve it.  Which book?  This time it’s going to be Insurrection (Bakkian Chronicles #2).  It’s the book with Peanut & Pryllan on the cover, sniffing noses.   Quite frankly, it’s one of my favorite covers.

Anyway, the giveaway will be open to the following countries:  USA, Canada, UK, Ireland, Germany, France, Spain, Italy, Australia, and a new country, Sweden!  Good to luck to all who enter!

My wife took this pic and asked me to post it on the blog.  What is it?  Well, have a look:

Figured out what you’re looking at?  This is my wife’s printed copy of the first three chapters of TfaP (Tales of Lentari #4).  Has she read ’em?  Yep.  Does she like it so far?  Yep!  Has she offered suggestions?  Of course.

Progress is jumping forward by leaps and bounds.  I just passed the 25,000+ word mark on ToL4.  Anyone who knows how fast I write will admit that’s a pretty decent pace.  Who do I have to thank?

My wife, of course.  She really, Really, REALLY wants me to finish.  Each day I hear, “have you finished the next chapter yet?”.  Over and over.  But you know what?  That’s okay.  I love that she’s encouraging me to finish.

I hope everyone is having a great week!

How many times have you started a new year, made a resolution or two, and promised to keep them?  Were you successful?  I fall into that category, too.  The difference this year, in my honest opinion, is that I really want this to happen.  This is not an I-want-to-lose-weight type of resolution by an actual determination to do something in particular.  What is it, you might ask?

I want to go pro.

That means no more computer tech.  No more helping little old ladies troubleshoot why their computer won’t turn on.  I truly want to become a professional writer, like several of my friends are.  So can I do it?  Well, it means an enormous amount of work.  I have to become more prolific in my writing.  More book releases.  More consistency.

I have more adventures set for Lentari, but I’m also itching to try something new.  I have a few possible stories that would make great books.  If I can increase my number of titles then I can certainly give it a try.

That’s it.  That’s my resolution.  If I want to become a profressional writer then I need to write more.  I need to release more titles each year.  I need to increase my word count.  Exponentially.  It’ll mean a lot of work for me, but I think I can do it.

What are some of your resolutions?  Anyone care to share?

How would you like to be one of the first people to own a signed print copy of A Portal For Your Thoughts (Tales of Lentari #3)?  It’ll be hot off the presses, I guarantee you!

What do you have to do?  Well, this contest will be open to any and all fans of the series, regardless of where you live.  To enter, all you need to do is to answer the following questions, which I will hide behind the collapsible bar:

2. What was the name of the sorceress that gave the Nohrin their powers?

3. How did Steve break a popular amusement park attraction in southern CA?

Ok, since I’m rapidly approaching tfe finish line for aPfyT, I thought I’d start offering up some copies on ebook of Lost City, the first novel in the Tales of Lentari series.  Here’s what we’ll do.  I’ll post some useless movie trivia and the first three people who answer correctly will win Smashwords coupon codes for a copy of Lost City (Tales of Lentari #1) for themselves or else someone they know.

Unless, of course, you just want to test your movie trivia against mine, which is completely fine.  If you’re playing for one of the codes just tell me.  🙂

Remember, no Googling!!  This is a test of your memory banks.  If you know the answer then post it below, along with your favorite Lentarian character, and you are entered!  Good luck! 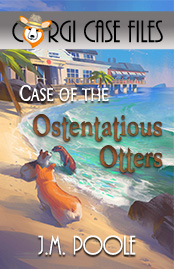